Blackguards 2 was the second title I worked on at Daedalic. It revolves around some former prisoners forming a group and fighting their way through the kingdom in a round based rpg. It contains classical elements like magic, melee and ranged fighting on a hex-based grid. The release of this single player only project happened in december 2014 on PC exclusively.

Since I only helped out from time to time, there are only a few assets of mine visible in the game. Except for some smaller object shader (weapons, character parts), there are two bigger projects which I had: the sand witch and the rune circle.

The sand witch has multiple layers of panning sand texture and was supposed to fade out on intersection with other 3D objects. But due to Unitys limitations on lighting and transparency, this wasn't possible without losing too much visual quality.

The rune circle effect was supposed to be some short, but heavenly brain wash effect to be shown when the player takes over an enemy. 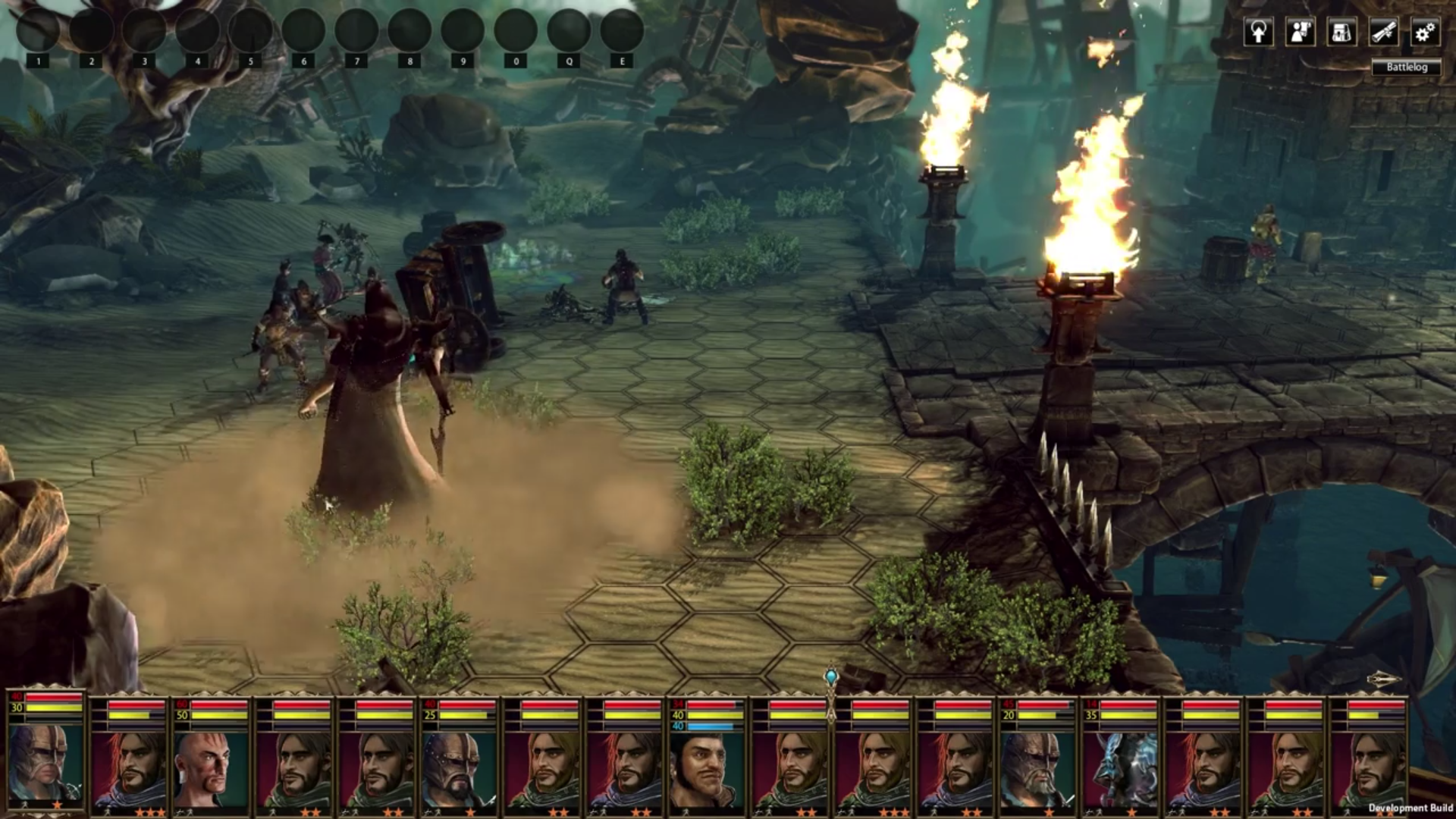