Retro Invasion was a prototype of a AAA title which I developed during my time at Threaks. It is a two player local multiplayer game for consoles and PC which has shooter elements as well as fighting as a part of the core gameplay. The high concept of the game was that the “old video games are striking back and attempting to take over the world”. They are capable of converting everything into voxels. The main protagonists are Rik and Mike. Rik was the first victum of the voxelization but he was immune to the brain wash and so he fights along with Mike to save the world in a 3D sidescrolling manner. I worked as a Technical Artist on this UE4 project and was responsible for programming in C++, Blueprints, Shader and particle system.

Since the trailer is the only material which has been shown publicly, I want to point out some features which I created in my role as Technical Artist together with the smart guys from Threaks.

First off the pixel destruction. In the first picture you can see that the destruction is is creating perfect voxels. This happens because of PhysX and custom chunks which got created for every voxelized part of a voxelizable object in that game (there are quite a lot). For enemies, we applied damage to specific parts of their body in order to make them fall apart upon death. For decorative objects, they can be sliced however the player wants.

Second feature you can see here is realtime voxelization. Since we wanted to controle how the voxelization process looks and feels, we created two different meshes – the original one and the fully voxelized one. The shaders of these two work together and fade in or fade out specific parts based on a lookup-texture which is created dynamically based on the direction, the position and the amount of damage gets dealt to the object. Through this system objects can be voxelized partially. Enemies are becoming slower through that up to the point where they are immobile. The fading in of the voxels happens based on a smart usage of the vertex colors.

The third feature is the combat. Enemies are evaluating their surrounding based on screen coordinates to make sure, they’re always visible on screen. When specific important parts of their body become voxelized, the particle systems they use as bullets changes ( the red laser and yellow cube are coming from the same kind of enemy) and they change the behavior (speed, strength) and size. That feature got added so that the player is careful about his power. On this page you can read about my work as a Technical Artist on Off The Grid, an Open World Battle Royal . Read More about “Off The Grid”… 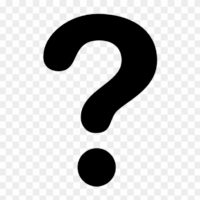 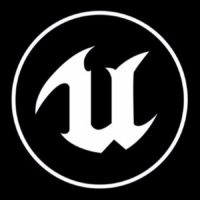 In this tutorial I go over a material I’ve created in UE4. It is a post process rain shader which – based on the normals of meshes – projects rain on top of surfaces. Read More about “Rain Post Process Shader”…